King Leopold I #3 in an nutshell 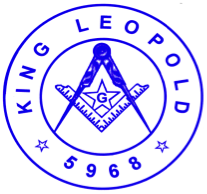 Date of consecration: As far as our history can tell us, our Lodge’s first meeting was held on 30 July 1968.

Location and day of outfits:  King Leopold usually meets on the 2nd and 4th Tuesday of the month during the period, end of September until the Installation in May of each year. The Installation is almost always held on a Saturday. Our Lodge meets in a location near to SHAPE (Supreme Headquarters of Allied Powers in Europe) in Mons and opposite the residence of the SACEUR (Supreme Allied Commander in Europe).

Working language: The working language is English. Nevertheless, we have, or have had members from various locations such as UK, USA, Germany, the Czech Republic, Norway, The Netherlands, Turkey, Romania, Bulgaria, Belgium, Denmark and even Australia. We also receive visitors from other countries.

Rite: The ritual used is the New York Ritual. This is for historical reasons. In 1968, the majority of the members of the Lodge were USA military and civilians working in SHAPE. The Grand Lodge of New York gave the authorization to use the New York Ritual. King Leopold I #3 is the only lodge in the RGLB practicing this ritual.

As far as our history can tell us, our Lodge’s first meeting was held on 30 July 1968. However, on 5 October 1968, many of the brothers were affiliated with the Grand Lodge in a meeting held at Ghent. On 6 October 1968, the Grand Lodge held a meeting in Brussels during which the petition for a charter from King Leopold I Lodge 24 was balloted upon and passed. Most Worshipfull Brother Wagemens presented Brother Stein with the Three Great Lights of Masonry and granted special oral dispensation in open Lodge that King Leopold I Lodge 24 could work as a regular Lodge until its charter could be physically presented and the Lodge consecrated. The first meeting of King Leopold the 1st Lodge No. 24 was held on 8 October 1968.

Description of The Lodge Jewel: The Jewel of King Leopold the 1st Lodge No. 3 represents the lodge’s origins which are forever linked to SHAPE. The colours, green and gold are SHAPE colours and the shield with the swords on the enamel jewel are part of the SHAPE shield. Indeed a quick glance at the jewel and many mistake it for a SHAPE medal.

Two gold swords, unsheathed, are superimposed on a gold scroll, bearing the official maxim: 'Vigilia Pretium Libertatis' (Vigilance is the Price of Liberty). Two sprays of olive leaves in gold at the bottom of the scroll indicate the dedication of the NATO nations to peace; the swords show the armed strength necessary to preserve peace. The position of the swords produces the letter 'A', representing the Alliance. Within the scroll, and behind the swords, are twelve silver fronds, stemming from the olive sprays, and denoting the original signatories of the North Atlantic Treaty. They produce, by their position, rays of hope. The whole design is superimposed on a shield of dark green, representing the peaceful woods and fields of Europe.

SHAPE ‘s shield history is as follows: General of the Army Dwight D. Eisenhower, the first Supreme Allied Commander Europe (SACEUR), asked members of the early SHAPE Planning Group to suggest ideas for a distinctive SHAPE insignia to symbolize the purposes and objectives of the NATO nations. The basic idea came from the sketch submitted by Mr. Arthus Bertrand (a designer in Paris). This consisted of a circle around the map of the Western hemisphere and included the two swords as used in the final design. The suggested inscription, however, was originally 'Si Vis Pacem Para Bellum.' (If you wish for peace, prepare for war.) This maxim was rejected as it did not reflect SHAPE's purposes. But this design did furnish our starting point. The idea of the twelve 'fronds' was suggested by Mr. Arthur Du Bois, the United States Army heraldic expert in Washington. He also suggested the olive leaves.

Mrs. Robert J. Wood, wife of the SHAPE Secretary of the Staff, suggested the motto from John Philpot Curran's speech in 1790 on the right of election: "Vigilia Pretium Libertatis,” vigilance is the price of liberty. General Eisenhower personally added the shield, and Colonel Wood determined the colours to be used.

The SHAPE shield is included below and the KL1 Lodge No. 3 jewel is detailed alongside:

Description of Tracing Board: We do not have a tracing board as tradition used. Our Tracing Boards were donated by a Worshipful Brother, the name of who is lost in the ‘Mists of Time’. However, we can say that our Tracing Board consists of  3 copies of Tracing boards used in the US, which are themselves copies of oil paintings of an English Bro. Josiah Bowring born in 18th century.

Motto of the Lodge

Anecdotes of The Lodge: The Lodge has no anecdotes to reveal, for our ritual, standard of work, adherence to the principles and tenants of Freemasonry as well as the RGLB Regulations and Edicts, and our own Byelaws, forbid such events. Additionally, our ritual forbids ‘all idle immoral or unmasonic conduct whereby the harmony of the Lodge may be disturbed’.  Therefore, any Lodge anecdotes that may lead to embarrassment or censure must remain lodged in the ‘sacred repository of our hearts’. However, our Lodge diners provide often our visitors with a lot of stylish, multicultural and unexpected jokes, for the benefit of all attendees.